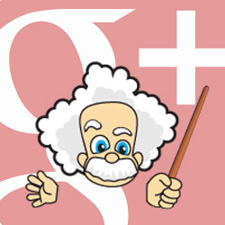 The Google Algorithm Explained, in a Nutshell

"The Google algorithm is essentially a link analysis engine that assigns a numeric value to any particular web page or document on the Internet and evaluates the volume, authority and relevance of links pointing to that document." -Source Link

Google has updated it's algorithm many times over the years. The most recent major change that had an impact was Panda, released on February 23rd, 2011. This was a hard hitting update, that targeted an estimated 12% of all search queries, a number that came straight from Google. While 12% might not sound like a large number, consider that billions of searches are performed every day. Read on to see how Google's Algorithm had evolved over the years.

Panda's main focus was thin content, content farms, sites with a large ad-to-site ratio, and other known quality issues. Sites that had a large amount of quality content, and simple to read CSS (style sheets that make up the visual layout of your site) tended to do better through this update. We have seen signals that point to this update introducing the ranking factors of click-through-rate, time-on-site, and "success" of the search visit being introduced. At this time, we saw similar reporting tools get added to Google Anlaytics, to further analyze the new available data. A further focus was "content analysis". This term can be better understood by reading this quote from MOZ.

"Topic modeling algorithms, those that calculate/score readability, uniqueness/robustness analysis and perhaps even visual "attractiveness" of content presentation could be used (or other signals that conform well to these)."

The second major recent update to the Google Algorithm was released on April 24, 2012, and was dubbed "Penguin". Instead of focusing heavily on content, and quality issues within, Penguin focused more on "over-optimization" and web spam. Sites that used "spinners" or automated programs that created content saw huge hits to their overall ranking. Another large focus for Penguin was targeting keyword stuffing, which can be described as having a very high density of keyword-to-content ratio. You can read the official post from Matt Cutts regarding the Penguin update here. The last known update to the Penguin Algorithm change was on October 4, 2013, with a number of Google trackers reporting that stronger anti-spam updates were made.

The most recent addition of Google's major algorithm updates was officially announced on September 26th, Google suggested that the "Hummingbird" update rolled out about a month earlier, around August 30th. The Google Hummingbird Algorithm update was almost an entire rewrite of the Google search algorithm, though it still uses many of the older processes and programming put in place by Panda and Penguin. In a recent article, Search Engine Land compare to the Hummingbird update to an automobile engine;

Panda, Penguin and other updates were changes to parts of the old algorithm, but not an entire replacement of the whole. Think of it again like an engine. Those things were as if the engine received a new oil filter or had an improved pump put in. Hummingbird is a brand new engine, though it continues to use some of the same parts of the old, like Penguin and Panda...In particular, Google said that Hummingbird is paying more attention to each word in a query, ensuring that the whole query — the whole sentence or conversation or meaning — is taken into account, rather than particular words. The goal is that pages matching the meaning do better, rather than pages matching just a few words.

Hummingbird as a whole looks at the relationships between words, and also introduces better search results for longer search queries. This latest update also targets what Google calls "Conversational Search". An example would be if you were to type; "Find an iPhone 5 for sale near my home." Google can look at the meanings of what you are trying to say. It knows from it's large database of information that the iPhone 5 is an electronic device, and can pick up on your physical location from your IP address and know that you are looking for someone local from the word home. The word "sale" also communicates that you are looking to buy.

As Google continues to tweak and update it's algorithm for better results, it becomes more important to make sure your website is ready to evolve with the changes. We hope that you found the above information informative. If you would like to see how compliant your website is within the Panda, Penguin and Hummingbird updates, please contact us for a free analysis.

Posted By David Kley - December 10th, 2013
Like this article? Follow the author on these trusted social media networks to get future updates on Adwords, SEO and Social Media Marketing. View all blog posts by this author »

Don't Follow, Lead.
At WDAC, SEO is our passion. We love it so much, we want to show you how it's done. Get more interest, get more traffic, get more conversions. We could tell you more, but we'd rather show you, and this box is pretty small. Want to learn more? We make it easy.
Get Discovered 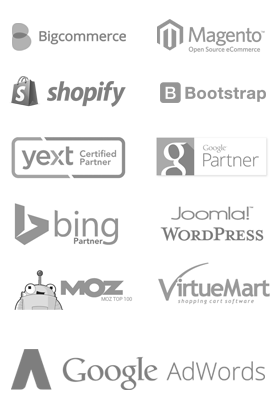 What Does Google Consider Spam?

Turn Off Mobile Bids in Adwords